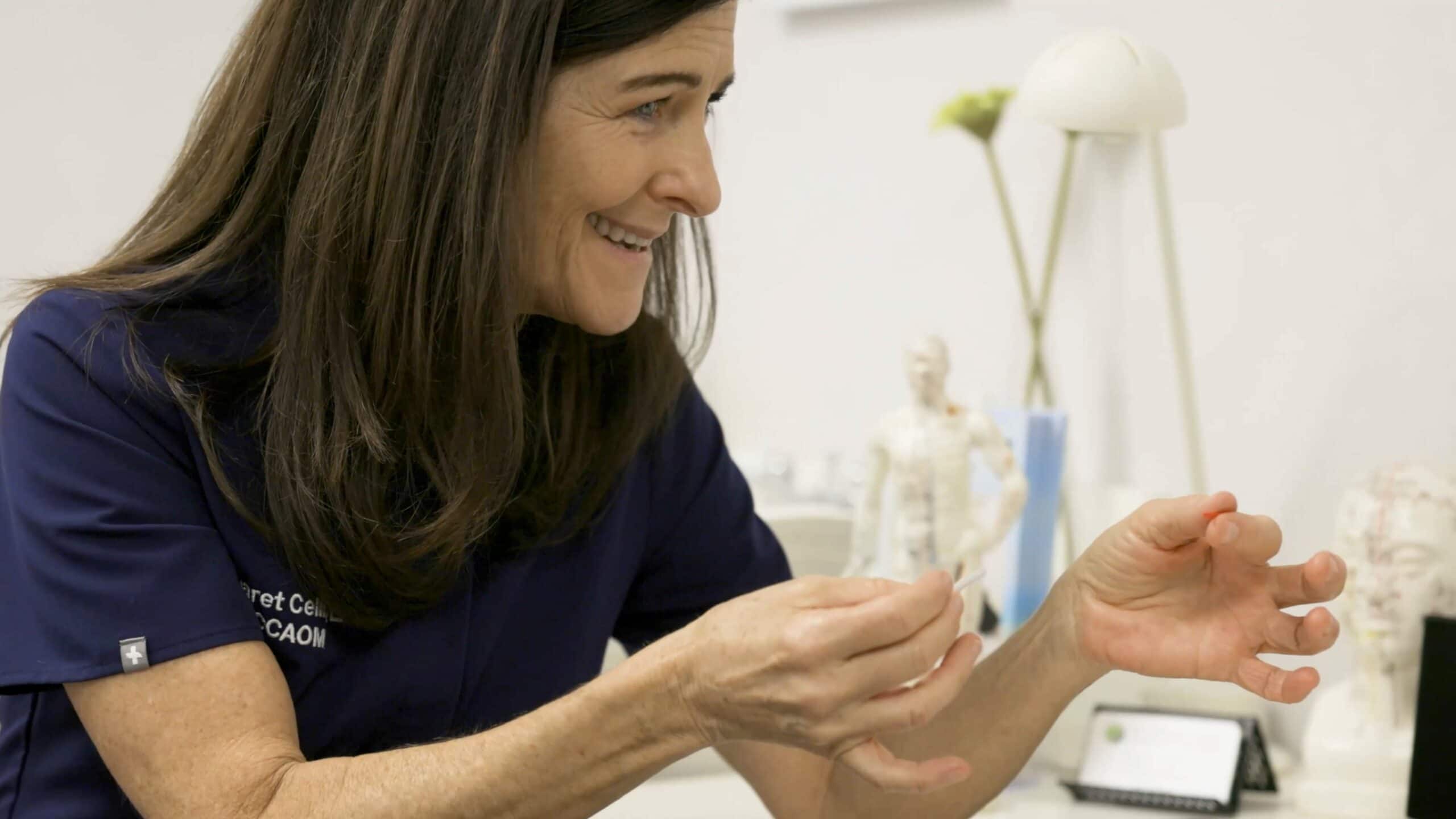 For over 2,000 years Acupuncture has been used as a successful form of medicine in China, Japan, India, and other Asian countries. However in America, scientists are just now beginning to understand why acupuncture is such an effective therapy for nearly any health condition.  This article features modern studies showing acupuncture to be a successful therapy for different health conditions including pain, depression, and the side effects of cancer drugs. Learn the scientific reasons behind acupuncture’s success as a natural health therapy.

Learn how acupuncture might help when Western medicine doesn’t have an answer.
By Jeanie Lerche Davis
WebMD Feature

It’s a mystery and a miracle: An acupuncture needle inserted in the pinkie toe changes a breech baby’s position in the womb. How is this possible?

Ever since the 1970s, when this ancient Chinese tradition debuted in the U.S., Western researchers have sought to understand the phenomenon of acupuncture.

But the American public hasn’t waited for the scientific answers. Growing numbers have sought out acupuncturists for chronic health problems — when conventional medicine either hasn’t worked nor has answers. According to the 2002 National Health Interview Survey, an estimated 8.2 million American adults have used acupuncture — an impressive number considering only an estimated 2.1 million American adults had used acupuncture in the year before.

“The applications for acupuncture are endless … people use it for sports injuries, for their emotional well-being, for everything,” Peter Wayne, PhD, director of research at the New England School of Acupuncture, tells WebMD.

Recent advances in technology have helped unlock the biological mysteries of this 2,000-year-old medical practice. Researchers are closer to understanding how an acupuncture needle can subtly adjust the body’s tissues, nerves, and hormones. The NIH and World Health Organization have both given formal approval of certain uses of acupuncture.

It helps to have an exploring, open mindset when considering acupuncture. “But even people who are not very open-minded and try it, find they feel good during the treatments,” David S. Kiefer, MD, of the University of Arizona in Tucson, told WebMD in a previous interview. “Sometimes they are surprised.”

What Acupuncture Can Do for You

Pain Relief: With the safety of pain relievers being questioned and one (Vioxx) being pulled from the market in recent months, a new study gives arthritis sufferers more reason to try acupuncture. One advantage of this type of treatment, says the NIH, is that the rates of side effects are substantially lower than that of many drugs or other accepted medical procedures used for the same conditions.

In what was hailed as “the largest, longest, and most rigorous study of acupuncture” ever conducted, acupuncture was found to reduce pain and improve function and movement among patients with osteoarthritis of the knee when used with other treatments.

That study paves the way for more and better research of acupuncture, Wayne tells WebMD. “This was a landmark study not only in its finding for osteoarthritis. It shows that if we put resources into a carefully designed trial, we’re likely to see something definitive … we may be able to say with more certainty that other [applications of acupuncture] are effective.”

Cancer Side Effects: Nausea and vomiting — the distressing side effects of chemotherapy — respond well to acupuncture. A study published a few years ago showed that acupuncture plus antinausea medication worked better than just medication alone. The NIH “has given us two thumbs up,” Wayne says.

Depression: A study in the late 1990s from the University of Arizona showed that clinically depressed women responded well to a course of acupuncture. Other preliminary studies of anxiety and depression show that anxiety related to medical procedures can be resolved with some acupuncture at treatment time, Wayne adds.

Stroke: Results from a study of acupuncture in treating stroke patients are just coming in. “We’ve seen responses, even among people who suffered their strokes many years ago,” Wayne reports. “Their chronic paralysis and spasticity are responding well.” However, results from other stroke studies have not always shown an effect. More research is needed, he notes.

Pelvic Pain: A study currently underway involves endometriosis-related pelvic pain in young women. “It’s a very serious condition in which the standard course of [drug treatment] doesn’t always work,” says Wayne. “They can’t go to school or do sports. The last resort is to induce menopause in 15-year-old girls. But there’s some evidence acupuncture may help.”

Infertility: Acupuncture also boosts the effectiveness of high-tech reproductive medicine procedures. Small studies have found that adding acupuncture to traditional in vitro fertilization (IVF) treatments increased pregnancy success. There is also evidence that acupuncture stimulates blood flow and egg production in women who can’t — or don’t want to — use fertility medications to help them get pregnant.

The treatment “has a calming, restorative effect that increases a sense of well-being and ultimately helps the body to accept the creation of life,” said acupuncturist Ifeoma Okoronkwo, MD, a professor of medicine at New York University School of Medicine, in an earlier interview. Studies have shown a clear link between acupuncture and the body’s natural “feel good” brain chemicals.

Acupuncture also appears to affect three areas critical to egg production and ovulation: two areas of the brain that control hormone production (the hypothalamus and pituitary glands) as well as the ovaries. “My guess is that acupuncture is changing the blood supply to the ovaries, possibly dilating the arteries and increasing blood flow, so that ultimately, the ovaries are receiving greater amounts of hormonal stimulation,” Sandra Emmons, MD, professor of obstetrics and gynecology at Oregon Health Sciences University, told WebMD in a previous interview.

Acupuncture may also “boost” the uterine lining when it is too weak to sustain a pregnancy, a problem known to increase the risk of miscarriage.

The Science Behind Acupuncture

According to Chinese traditional medicine, acupuncture affects the life force called “chi.” More than 2000 acupuncture points in the body are connected by meridians, or pathways, through which energy must pass freely for optimal wellness. Disturbances in this flow result in illness or dysfunction.

Over the years, research has shown that acupuncture affects a variety of biological systems — releasing hormones, disabling receptors, and activating anti-inflammatory chemicals. It has been suggested that the healing power of acupuncture comes from its effect on the nervous system. It might aid the pain-killing effect of chemicals called endorphins or help cells from the immune system fight infection, according to the NIH.

The body’s pull on that tissue is intense, which both the practitioner and the patient can feel, says Wayne. “That needle is being held by the body, it gets sucked in. If you turn the needle a little bit, it is grasped by the body, the body doesn’t want to let go,” Wayne explains.

The turning and manipulation of that needle instantly affects the connective tissue in its plane — including more distant points in the plane. All this has been documented using high resolution ultrasound, Wayne says.

Acupuncture is not mainstream yet, Wayne tells WebMD. “But a lot of progress has been made. Some of that is because of credibility gained from clinical trials. The continued momentum of consumer usage and satisfaction has driven a lot of the research. People are using acupuncture, spending money on it, and they have some valid questions whether this is the best use of their resources.”

Acupuncturists are better trained today than they were in the past, he adds. “They’re trained in a way that they can integrate better with conventional medicine. They can speak articulately about research going on and limitations of that research. It legitimizes what we do in a way that makes sense.”

If you’re interested in trying acupuncture, be sure to tell your doctor first. People with bleeding problems, an active infection, and other health problems aren’t advised to try it. To find a certified acupuncturist, your doctor may be able to help. Friends may have suggestions. Check with major academic medical centers. Check with the American Academy of Medical Acupuncturists.

With increasing studies of acupuncture, it’s been shown that safety “is phenomenally good,” Wayne tells WebMD. “The adverse effects are very, very low with a trained acupuncturist. Some conditions where licensed acupuncturist would know what they can and can’t do. In pregnant women, there are certain areas you wouldn’t touch. But safety is the first thing you’re taught,” he says. 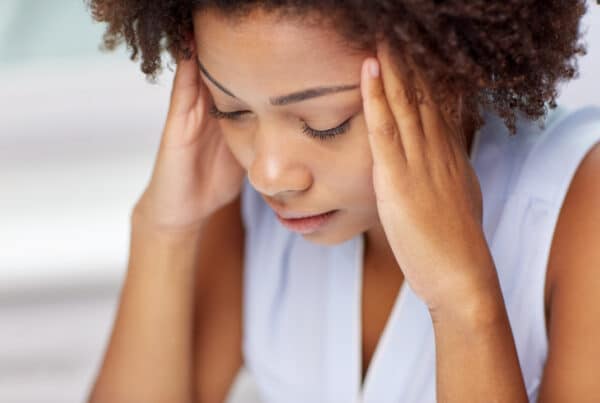